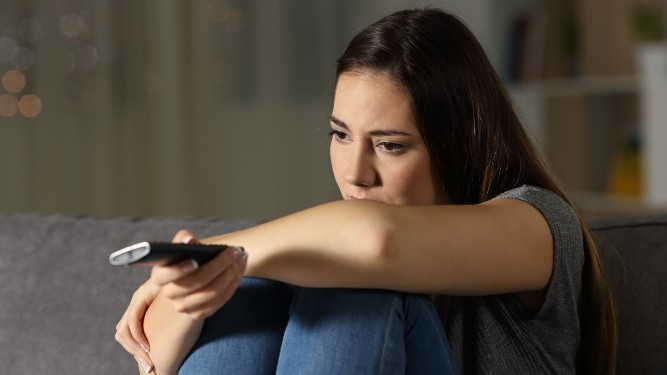 A WOMAN prefers to watch or read about horrific acts when they are fictional rather than something that happened to a real person, she has confirmed.

Lucy Phipps, 32, has sparked outrage after revealing she would rather watch a narratively satisfying TV show where the perpetrator is always caught than a documentary about a disturbing real-life murder.

Phipps said: “Most of my friends are obsessed with true crime, but somehow I was unable to derive any joy from learning in detail how a serial killer mutilated their victims.

“I was trying to get in The making of a killer but I did not realize that I should have come to a strangely emphatic conclusion about who did it, like some citizen detective. That sounds like a job for the police and I’m not qualified for it.

“One of my friends says she likes to listen to true crime podcasts in the bath, but somehow the gruesome descriptions and suspenseful music didn’t relax me much. I was actually scared shitless. Maybe there’s something wrong with me?”