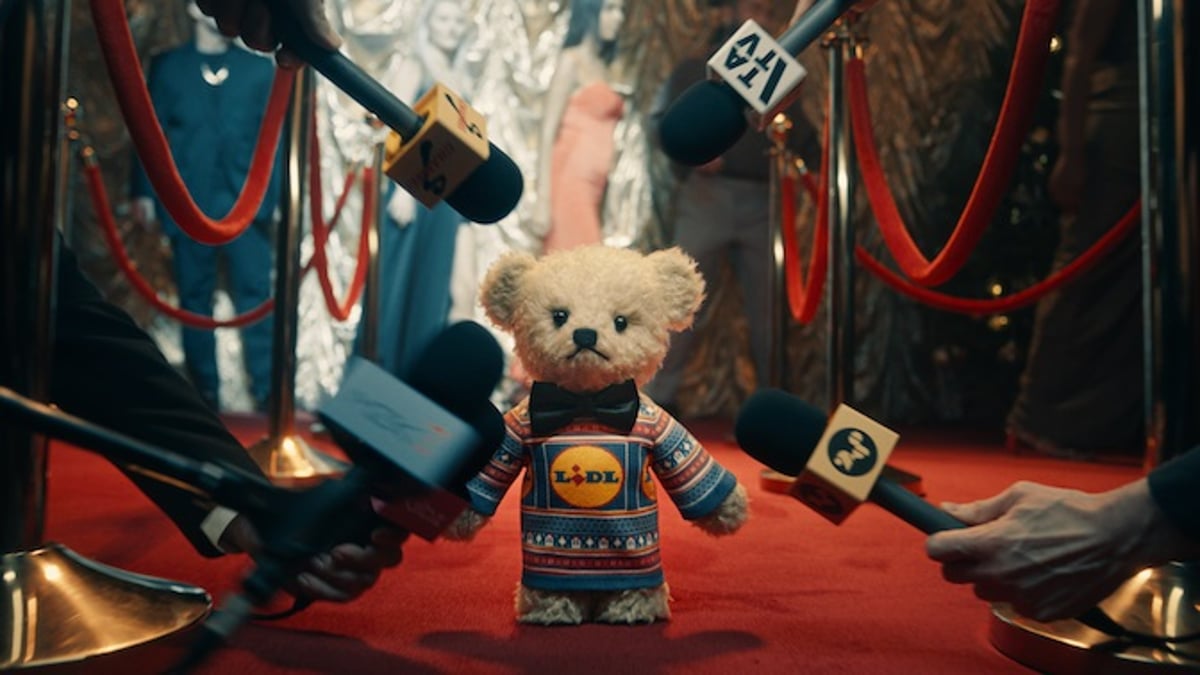 Step aside John Lewis, there’s a new star on the scene and it’s a Lidl bear with a pouting smile. German supermarket chain Lidl has unveiled its official Christmas ad for 2022, and it might last.

The story follows a Lidl bear who stumbles upon a life of wealth and fame and is too big for his Lidl shoes. Viewers wonder if the bear can find its way home and, more importantly, find itself.

The ad opens with a low-key, cute teddy bear who is handed a stylish jumper from Lidl after his dad finds it shriveled up in the washing machine. When the teddy bear’s owner, a little girl, takes the bear to Lidl, customers line up in droves to see the adorable teddy bear.

Suddenly the Lidl bear went global and every reporter on the horizon wanted a taste of the bear. They asked, “What are you wearing?” the inanimate toy did not respond.

From Tik-Tok tapes, holiday hits and tabloid rants, Lidl’s fame grew too much for the bear and he began to forget his roots. Lidl Bear looked up at the TV as he tended to the landing on his private jet – it was his owner, a little girl, pleading: “Come home bear, come home.”

The bear put his VIP lifestyle on hold and parachuted home, arriving just in time to surprise a little girl on Christmas Day. The ad ends with the message: “Christmas came with everything you could want… even a Lidl bear.”

While the stuffed bear would certainly be a hit with the public, the supermarket giant has confirmed it will not be selling the bear in stores, citing “unrealistic Christmas expectations and pressure” as the reason for the decision.

Claire Farrant, marketing director at Lidl GB, said: “We know what really matters is being with the people we care about.”

Instead, LIDL has committed to charity, donating £250,000 over Christmas, including £125,000 to the toy bank initiative. The budget supermarket is also accepting toy-related donations from the public and will provide community groups across the UK with festive food totaling over a million meals.

Peter de Roos, Commercial Director of Lidl GB, added: “Instead of selling the Lidl Bear, we are asking everyone who can to save a bear and other toys to give to those in need this Christmas. From Kevin to Percy and everything in between, all toys will be welcomed with open arms – because there’s room for everyone at the table this Christmas.”

The ad will be shown on TV for the first time tonight (November 4) during an episode of Coronation Street on ITV.