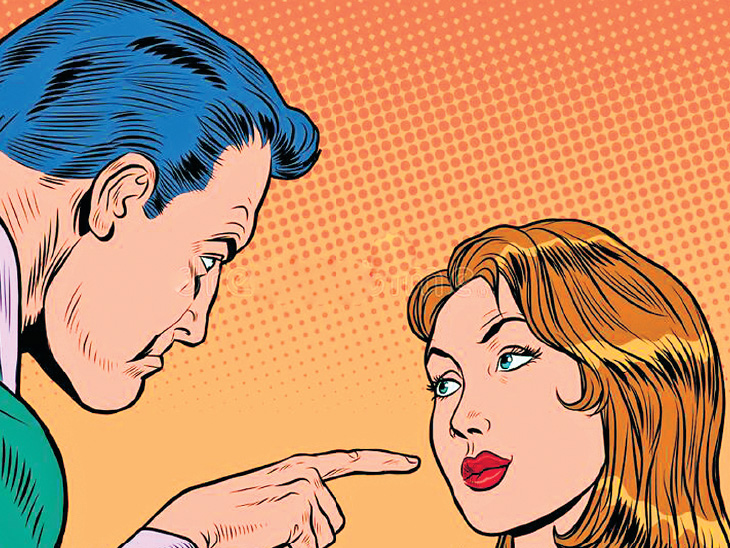 Language is an innovative medium of communication developed by man, but this medium of communication called language unknowingly makes many people speak and at the same time makes many silent. Not only this, the politics of language discrimination is seen to be playing in many aspects of voice bar, tone, tone, vocabulary etc. According to feminist scholars, language is highly political and men’s control over women is tightly linked to naming and imposing control over when, where, and what women say. A number of recent studies have pointed out that social power structures are also reflected in the manner in which a nod of agreement, encouragement, or affirmation from men or women is given or mediated during communication. All this may sound a bit strange but it is true because language is not only a medium of communication but also an important power structure. The power base of this power structure is also many and its reflection is seen in the form, practice and importance of language etc.

Linguists have generally observed the language and communication of men and women in all patriarchal societies around the world, and linguists have suggested that women’s vocal range, tone, and tone are low-pitched, meek, tender, emotional, conciliatory, and cooperative, while men’s vocal range and tone are high-pitched. The language of men is more dominant, dominant, authoritative, controlling and commanding in nature. Men’s language and speech are confident, suggestive, status, prestige and authority whereas women’s language and speech are skeptical, questioning, lacking confidence and dignity. Women’s vocabulary and topics of conversation are limited. Men, on the other hand, have a wider vocabulary, their topics of conversation ranging from politics, philosophy, science, mathematics, spirituality to nature, markets, agriculture, ethics. In a patriarchal system, women are trapped between the hearth and the child, dividing the private and the public. Naturally, they will continue to think and talk about their work and responsibilities, but since women’s field of work and work are subordinated, their conversation and communication topics are also trivialized and gossiped and ridiculed. Men mean brotherhood, bravery, friendship, faith, courage, achievement, while women mean service, sacrifice, motherhood, hard work, beauty, dedication, shame, modesty. tries to Even until the mid-seventies, physical differences between men and women were thought to be the reason for the above differences in language between men and women due to male dominance in the fields of knowledge and research. Linguists like Robin Lakoff have shown that the reason for the above difference is not the physical difference between men and women, but the different socio-cultural environment in which men and women are formed.

Generally masculine nouns and pronouns are used as quantity. E.g. The phrase Man is a social animal is universal and is assumed to include women, or words like Policeman, Fireman, Chairman, Postman are considered gender neutral. In a patriarchal society, the position and existence of women is linked to that of men, and hence the terms kumari, saugahavati, widow have been coined depending on whether a woman is married, unmarried, whether her husband is alive or not, whether she has children or not. The position of men is autonomous, independent. Whether he is married, unmarried, whether his wife is alive or dead, whether he has children or not is irrelevant so generally Mr. Or Mr. in English is used for all males. With the change in the mentality of linguists who believe that the patriarchal difference in the structure and use of language is due to the physicality of men and women and the superiority of men, today it is accepted that at least language is socially constructed and the heterogeneity and discrimination in society is reproduced through language, but, in practice, only heterogeneous forms are being used in large numbers. However, sporadic attempts are also being made to use alternative egalitarian languages ​​in many places. E.g. Words like “Chairperson” are being used instead of the word “Chairman”. Miss or Mrs indicating marital status for women. For all women Ms. (Miss) is the only address being used.

Language and language use is a product of social and cultural dominance. Therefore, language and communication that ignores women’s experiences, emotions and achievements must be treated and re-examined. In a patriarchal society, language has been the main mechanism that separates women from their own bodies and thoughts. Write your own body, as the French feminist Hélène Sexu says, in order to overcome it and truly look at one’s own power and existence in a positive way, is to overcome the negativity created towards one’s own body and thoughts and start an open dialogue with them. , for that it becomes imperative to step down from the narrow path of thoughts rooted through language.