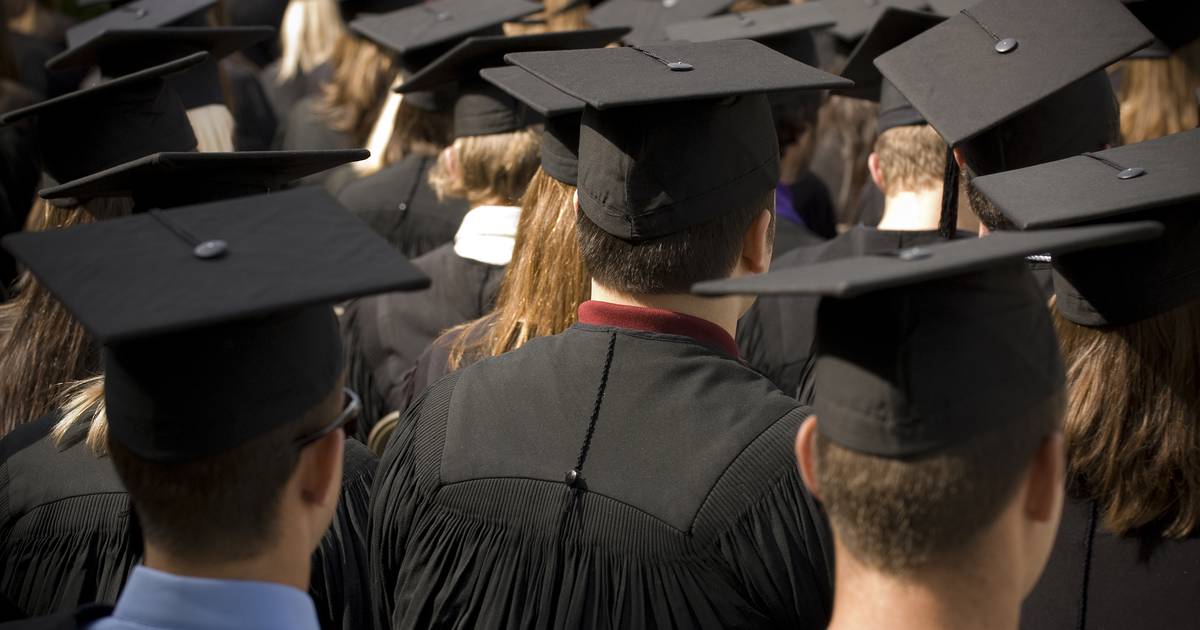 Official figures for the class of 2021, based on graduates’ employment status nine months after graduating from college, show that about 82 percent were working.

In the class of 2021, just 4 percent of graduates were unemployed nine months after graduation, compared to 8 percent in 2018.

The vast majority with a university degree worked in Ireland (91 per cent). Dublin was the most frequently employed county (43 per cent), followed by Cork (14 per cent) and Galway (7 per cent). Around six in 10 graduates found their course relevant to their work.

The average earnings of all graduates was just over €38,000, with significant differences between fields of study. ICT or technical graduates earned the most (€45,197), followed by engineering, manufacturing and construction (€42,761), health and social care (€38,728).

On the contrary, graduates of arts and humanities earned the least (29,770 euros), followed by agriculture, forestry, fisheries and veterinary medicine (32,548 euros) and social sciences, journalism and information (35,846 euros).

Graduates with higher education were generally more likely to earn higher amounts after college, but not in all cases.

The data is contained in the Graduate Achievement Survey: Class of 2021, to be published by the Higher Education Authority (HEA) at its 50th anniversary conference in Dublin on Wednesday.

A total of just over 72,000 students (54 percent female, 46 percent male) graduated from 23 higher education institutions. The most common fields of study are business, administration and law (27 percent), health and social care (16 percent), and arts and humanities (12 percent). Half completed undergraduate honors degree programs and a quarter taught master’s programs.

Dr Vivienne Patterson, Head of Skills, Engagement and Statistics at the HEA, said the findings show there has been a significant recovery in employment since last year’s employment rates for graduates affected by the Covid-19 pandemic.

“This is in line with broader economic trends that show continued growth in employment across all sectors of the economy,” she said.

This report also includes research on broader outcomes such as: alumni trust in institutions, political engagement and impact on public policy; health; and parenting and childcare.

It shows that university graduates tend to have higher levels of trust in public institutions; they are more likely to vote; and have a greater awareness and sense of responsibility towards social justice. They are also more likely to live longer and less likely to be obese than people with lower levels of education.

Higher Education Minister Simon Harris said it was very positive to see a strong recovery in employment levels among graduates following the pandemic. He said the report also highlighted the importance that higher education brings to graduates and wider society in terms of “health and wellbeing, active citizenship and social outcomes”.