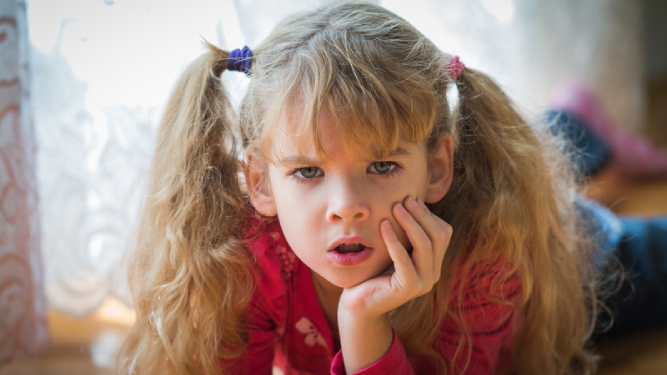 The discovery of a Maltese wrapper in a kitchen bin prompted a six-year-old to ask her parents about its origins.

Lauren Hewitt, who found the offending wrapper carefully buried under a used kitchen roll and a packet of Ryvita, was quick to blame her parents as she had not received any Maltesers herself.

She said: “The evidence suggests that one of them – or perhaps both – were secretly scoffing at it that evening, while I had to settle for an apple and a single chocolate for pudding. Which is unfair.

“Chocolate is not for adults.” Parents should be informed of this at the point of purchase and must then store them loosely in the treat cupboard where they will be available upon request. Obviously I should get most of it because I’m a growing girl and I read.

“I’m ready to do anything to find out who ate what was rightfully mine. Shine bright lights in their eyes, play good cop, bad cop, bribe them, sleep deprivation, the works. And when all else fails, I get angry.’

Mom Emma said, “Fuck, I’m under arrest.” I’d better hide the Ben & Jerry’s under the frozen bags of bologna or the little bugger is going to make me cry.”