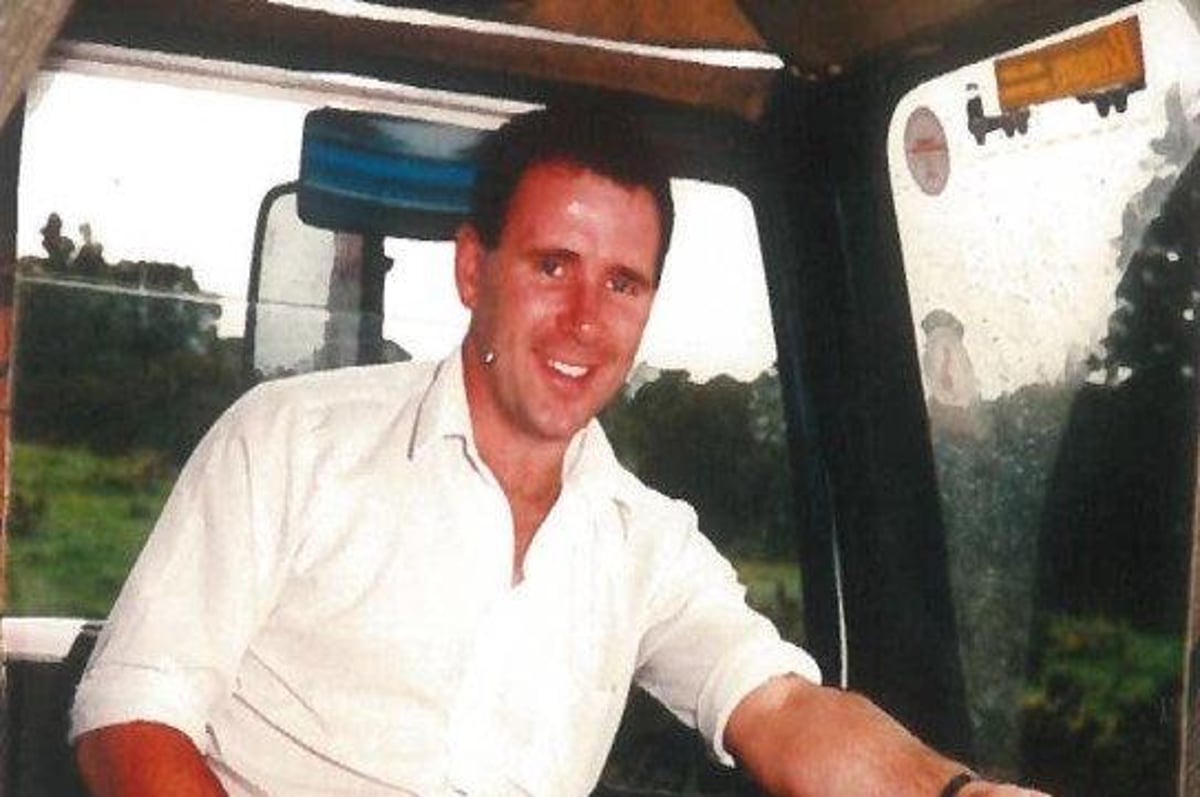 Mr McKenna, a 28-year-old married lorry driver from Bann Foot, Derrytrasna, was shot by a gunman on 2 June 1993 as he drove to a quarry in Ballystockart Road, Comber.

Brendan’s widow Elaine said of her husband’s murder: “At the time my husband Brendan was brutally murdered, many other innocent people were also shot; he was not the last. Another target was a stranger’s husband, son, brother or father. I am appealing to society, to the people of Northern Ireland, if you have any information about Brendan’s murder, please contact the police or the confidential charity Crimestoppers. If you have any conscience, please come.”

Senior investigating officer, Detective Chief Inspector Mark Byrne, from the Legacy Investigation Branch, said: “Mr McKenna was on his way to a quarry on Ballystockart Road, Comber, when he was shot at the junction of Hillhead Road and Ballystockart Road, Comber. His attackers posed as Ministry of Environment workers dressed in yellow coats and waited in the area for several hours before attacking. Brendan was shot multiple times and later died in hospital.

“Brendan was an innocent victim of this vile sectarian attack. He was going about his day job as a truck driver when he was brutally murdered for no other reason than his religion.

“The terrorists fled in a blue Ford Escort which was found burnt out on the Ballybeen Estate in Dundonald shortly after the attack.

“I am appealing to anyone who may have been in the Hillhead Road or Ballystockart Road area on the day of this attack and who may have seen a number of men dressed in yellow coats in the area. I believe someone must have seen them before or after the attack or will know who these individuals were. Did you see them at Ballybeen Estate where they set fire to the car after the attack?

Detective Chief Inspector Byrne continued: “Several people have been arrested and questioned in connection with this murder, but to date no one has been charged with Brendan’s murder. I would urge anyone who has any knowledge of what happened that day, either as a witness or from personal involvement, who has not previously spoken to the police or has any new information to do so now. It’s not too late, if anyone feels like they can talk to us now, we’re ready to listen.

“There were several people involved in Brendan’s murder. They know who they are and they will have to live with that for the rest of their lives. I would appeal directly to them to do the right thing and make a difference for Brendan’s family by reporting to the police.’

You can also make a report online using our non-emergency reporting form at www.psni.police.uk/makeareport/

Or call Crimestoppers anonymously on 0800 555 111 or online at www.crimestoppers-uk.org/.